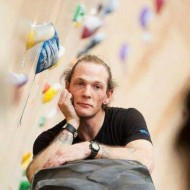 Who can gain the most ground? A strength-building, ice-breaking game using crawling and quadrupedal with partners!

QM Bulldozing is a fun, tactile partner conditioning and movement game for all ages and skill levels.  Players battle against one another to gain ground, build strength, and improve their quadrupedal movement!

Gain the most ground!

Partners get down into forward quadrupedal, face to face

Partners place their arms against one another, avoiding pressure on the shoulder/clavicle by putting humerus to humerus (upper arm)

On GO, partners QM as hard as they can against one another, trying to gain ground on their opponent.

Rounds can be played for time or for ground covered ( Draw a circle and try to get your opponent outside of the circle first! )

Each round you can explore different QM’s