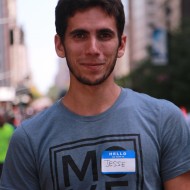 A fast-paced group warm up that places players head to head, and uses a variety of movements from jumping to crawling, running, and sillywalks.

Steal the Bacon is a fast-paced, head to head team game perfect for warming up a large group.  Students will be directed to move through a wide variety of quadrupedal movements and conditioning exercises, pushing them to think and move quickly!

By adding objects into the field of play, the game can easily become more complex and incorporate high level jumping and low level vaulting.

This game suits all ages and all skill levels.

Collect the most bacon!

A controlled space with objects strategically dispersed in the field can provide increased complexity for more advanced students.

Each round the REF will lay out the bacon, and then call out a movement skill (qm, bunny hops, burpees, etc) and a number or set of numbers

We recommend 10-15 rounds, but feel free to go longer for a more intensive conditioning session!  Team that collects the most points wins!

No contact can be created by giving every player a bandana to attach to the belt.  Tagging is replaced by flag grabbing.

Objects in a Field

By adding objects into the field, whether fitness equipment or everyday furniture, the game can be increased in complexity.

Each round the REF will call out a movement skill (qm, bunny hops, burpees, etc) and say GO!

We recommend 10-15 rounds, but feel free to go longer for a more intensive conditioning session!  The side that collects the most points wins!